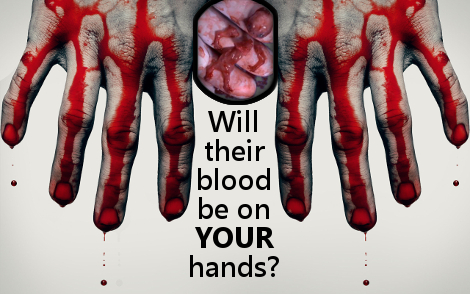 Matt Barber, the founder and editor-in chief of BarbWire.com, and a contributor at FreedomOutpost.com, has been an ardent #NeverTrumper for a long while. As he has said himself:

“Full disclosure: I went from a dogged “Never Trumper” to a “Maybe Trumper,” and, finally, settled as a “Reluctant Trumper.” I, like any God-fearing father of daughters was, and remain, appalled by Donald Trump’s sordid past…”

But the issue of life, which is a very important issue, has wised him up and helped him to change his mind and vote for pro-life Donald Trump to help defeat pro-death Hillary Clinton. As he said:

“Still, I will be voting against Hillary Clinton on Nov. 8 in what is objectively and irrefutably the most effective way possible: by casting a vote, for better or worse, for the policies and promises of Donald Trump — and for the vice presidency of Gov. Mike Pence.”
…
“The Media Research Center has done America a tremendous service. In 2014 the watchdog organization released a video of an actual partial birth abortion — something Hillary Clinton stood on stage during the final presidential debate, stared into the camera with cold, callous eyes, and then both lied about and defended unequivocally. I plead with Never Trumpers to watch the video [click here] and then prayerfully reassess their plans for Nov. 8.” [emphasis mine]

He then goes on to describe what happens in a partial birth abortion. I urge you to read his full article (linked below), as it is very sobering. I will leave you with his conclusion, but please do read his whole article.

“Under a President Hillary Clinton, millions more babies will be tortured and dismembered alive. Under a President Donald Trump, these millions might live. And yet, even as Hillary sharpens her knives, we quibble like fools over Donald’s potty mouth.”