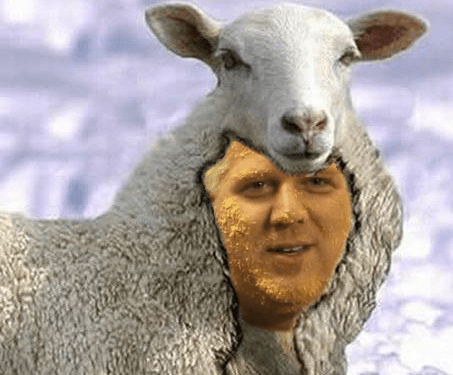 Here is the fact that must be very clearly stated: Christians will never vote for Hillary. So, if Christians are persuaded not to vote at all, that is a vote that Trump will lose, not one that Hillary will lose. And every vote Trump loses puts Hillary a vote closer to winning the election.

BOTTOM LINE: the preachers so fervently trying to persuade Christians not to vote, are working to get Hillary elected, and their efforts are anti-American and anti-Christian.

The future of my children, grandchildren, and great-grandchildren are at stake. So, don’t expect any apology from me for stating the plain truth. Let termite preachers be offended rather than my family’s future be destroyed.

Of course I don’t approve of bad language, but don’t be a self-righteous, holier-than-Trump, hypocritical pharisee. You also have committed some big sins. There never has been, and never will be, a sinless candidate for president. However, some sinners nevertheless advocate righteous principles, while others advocate pure wickedness. Compared to devil-in-the-flesh Hillary, Trump is like flawed King David. David committed some really bad sins, but God still used him to protect Israel from very vicious enemies. I expect the same of Trump.

Those termite preachers, who are telling Christians that they should not vote, and thereby let atheists, Muslims, and other heathen determine who wins this vital election are either extremely stupid or else wolves in sheep’s clothing. Knowingly or unknowingly they are betraying the Christian faith, and the USA. Beware of such blind leaders! Don’t allow them to lead your family and our country into the ditch by not voting for Donald Trump! CHOOSE LIFE (click here to see how to vote your conscience based on Bible principles)!