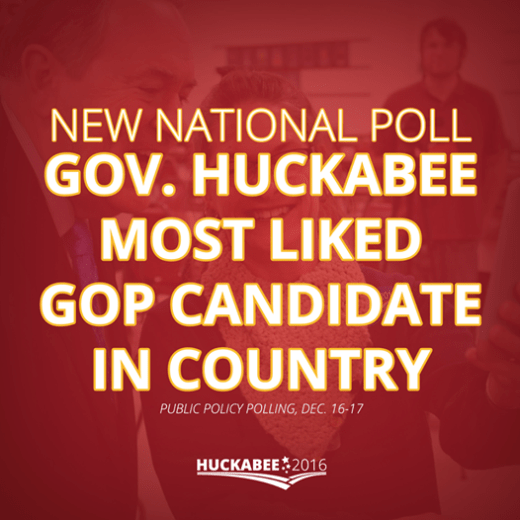 E-mails from the Mike Huckabee campaign:

Last week our Iowa team made 9,000 calls asking likely Iowa Caucus Goers who they were supporting. The results were surprising. Roughly 75 percent of the voters we spoke with said they had not decided who to support. And of that 75%, 6 in 10 said they couldn’t even name a favorite.

In other words, don’t believe the polls you read about Iowa. This race is WIDE OPEN.

Our campaign has 13 paid staffers on the ground in Iowa and hundreds of volunteers spread out across the state. We’ve got grassroots hubs setup in key counties and we have an ambitious slate of events planned before the caucus!

Keep spreading the word about Mike Huckabee. Encourage your friends and family across the country to take a look at our campaign by visiting our website at www.MikeHuckabee.com.

We are working overtime to deliver a February surprise! Thank you and God bless you!

Despite being outspent by tens of millions of dollars, a new poll released Friday sent an important signal to our campaign and I hope to you. Not only is Mike Huckabee the most experienced and qualified candidate for President, he is also the most well-liked candidate.

What we need now are the resources to swing the undecided voters – in Iowa according to our data this is almost 75% of voters – who are open to supporting Mike Huckabee for President. 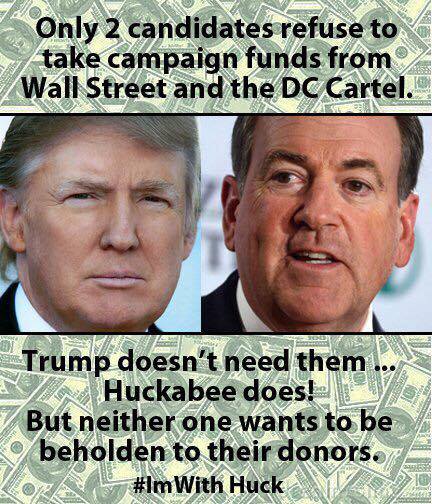 He’s not getting the donations from the corrupt rich people, so he needs our help! Please read more about Gov. Mike Huckabee on his website (here), and also on HourlyBreakingNews.com