Win now or lose all. There is no time to waste. If we cannot now convince the Republican majority in the new House of Representatives to keep their campaign promises, then it is all over for the USA. It is in their power to stop Obama, but it won’t happen if they follow Boehner. Obama will be helped—not stopped—by fellow Democrat-in-everything-but-name John Boehner. Boehner is a Republican in name only; in actions he is the liberal Democrats’ best friend.

How to dump Boehner: here is the plan 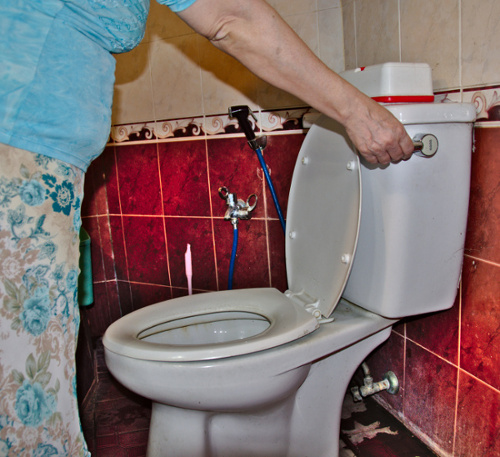 Americans need to learn how to flush the toilet when it is full of crap.

Joseph Farah of World Net Daily has come up with a simple plan which I think will work. He has equipped World Net Daily to enable each of us to cheaply and quickly send by Fedex individually addressed letters to each of the 249 representives in the US House of Representatives. Flooding each representative’s office with thousands of letters demanding that they keep their campaign promise, and that they start by firing Boehner may very will be the last chance we have of stopping these two insane programs of national destruction. Will this work? It will if we have sent honest men to Washington, and they know that we vigorously back them to dump Boehner and his unbearably stinky crap politics into the toilet and flush it.

A multitude of good men gave years of their time—and then their lives—to provide us with freedom. Are we willing to spend a few minutes and the price of a meal at a restaurant to assure that our children get to enjoy that freedom? It will cost only $29.95 to send those 249 letters. Click here and do it now!

To learn how Boehner lied to Representative Marlin Stutzman (R., Ind.) to deceive him into making possible the passage of the bill funding ObamaPhonyCare and the conversion of 20 million illegal aliens into Democrat voters click here.

Stutzman was pretty foolish to believe a man like Boehner, who has repeatedly lied in the past. Isn’t it kind of dumb to believe a habitual liar? Hopefully Stutzman has learned his lesson. Boehner personifies the worst of Washington D.C.

After Boehner is removed as leader of the House of Representatives (replaced with a true conservative), he needs to be recalled by the state of Ohio. It is obvious that Boehner is a traitor and will engage in sedition if allowed to remain in the House of Representatives. Fire him, good people of Ohio, and replace him with a true conservative. Don’t wait until the next election, thus giving him opportunities to betray us again. Fire him now!

To learn more about how to dump Boehner click here.

“The Dump Boehner Campaign, a project designed by Joseph Farah, founder of WND.com, is off to a blazing start. Within minutes of its announcement Monday evening, thousands of letters calling on Republican House members to find another leader were already being generated.

In less than 24 hours, orders for nearly 200,000 letters to Republican members of the House were placed, rivaling the launch of the historic “pink slips” campaign of 2010.”

My wife and I sent our 249 letters via WND. Have you sent yours?