Pay attention to what is happening in Wisconsin, and how Obama is endorsing the anti-democratic actions of the Democrat state senators there. It should be clear to everyone by now that the Democrat Party is mis-named. It should be called the Communist Party, for it is for dictatorship, not for democracy. It is not for the poor as it claims, but is for the filthy rich which collaborate with the Democrat Party in corruption. It is for control over people, not for freedom. As they are clearly demonstrating to us in Wisconsin, Democrats accept the outcome of elections only if the outcome is in their favor. Democrats accept the rule of law only if they agree with the law. Otherwise they break the law on purpose to challenge it in an attempt to bring it before an activist Democrat judge so he or she can unjustly rule against it. The Democrat (Communist) Party is for freedom of speech only if they are speaking. Even now they aim to take control of the Internet, so that they can silence all who disagree with their atheist doctrines. Communism works through unions; the Soviet Union was not called a union without reason. Oppose Democrats (communists) now while you can. Else you will soon be enslaved by them. 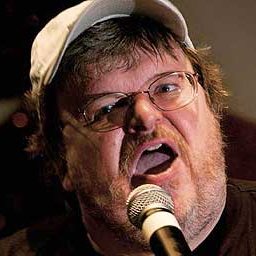 Michael Moore is as pro-communist as a man can be. He hates America and loves Cuba. He wants our health care to be like Cuba's. This is the man the Democrat's chose to speak in Wisconsin.

Michael Moore, one of the main speakers for the union protestors on March the 5th, has in the past openly advocated communism on his web site with links to many communist websites. He hates our free enterprise economic system. That the Democrats chose Moore to speak to them shows their communist roots.

You need to know what’s wrong with Communism

You need to know what is happening to your children in public school: U.S. public schools: Progressive indoctrination camps