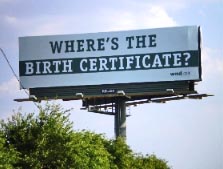 Liberals, humanists, and other atheists love to call people who disagree with them names. “Irrational birthers” is the name they call people who believe that Obama should be required to show his birth certificate. But who actually is being irrational? Is is not actually Obama and the socialist atheists supporting him?

Is Obama irrational or usurper?

Usurper: One who usurps a crown or throne; one who seizes or arrogates supreme power or authority without right or just cause. (Oxford English Dict.)

If Obama does not meet the qualifications for president as laid down in the U.S. Constitution, then he is an usurper, and should be forced to vacate the White House.

It is not rational to believe a politician has a document to show, when he spends hundreds of thousands of dollars over a period of four years to prevent being required to show that document, when simply showing that document would instantly end an issue that is doing him horrific political damage—unless the “believers” are co-conspirators with the usurper.

It is not rational to allow a man to take or retain office without requiring him to prove first that he is qualified to do so.

Here is a web page listing other web pages about this issue that is simply stunning in its volume:

Is Obama constitutionally eligible to serve?

Consider how much political damage all the links on that page are doing to Obama. And that is just a small percentage of the web pages about this issue. Is it rational for him to allow such damage to continue if he could easily stop it by simply showing a piece of paper proving he is a natural-born US citizen? The question in everyone’s mind now is: is Obama even an American? Is he even a legal US citizen?

How much political damage is all this negative press doing to Obama? Consider this:

According to officials with the National Conference of State Legislatures, 10 states already have some sort of eligibility-proof requirement plan.

So, unless Obama shows that piece of paper, he has virtually zero chance of winning the 2012 election.

Is the man irrational or an usurper? 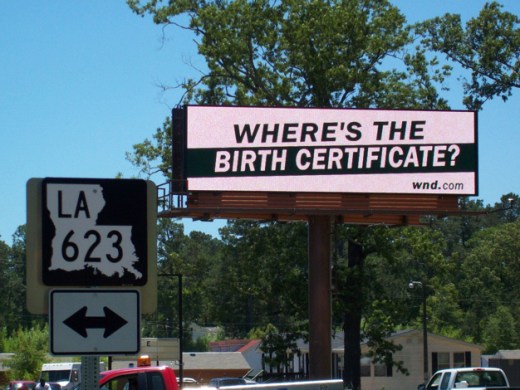