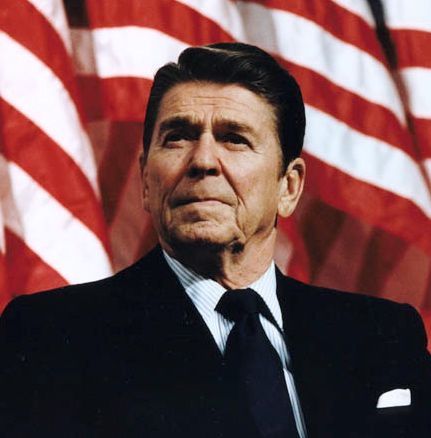 Ronald Reagan was the best president of my generation.

Ronald Reagan was by far the best president the USA has had during my 62 years of life. If the word “conservative” is defined to mean basing decisions on Bible principles, then Reagan was the most conservative president during this period of time. He was not perfect. He was not conservative in every decision he made. He was not as good as God, but after four humiliating years of extremely stupid leftist lack of leadership under Jimmy Carter, Reagan “almost” seemed that good. Under Reagan’s policies the economy quickly recovered from the depression Carter’s liberal, humanist policies caused, then boomed into a time of unprecedented wealth. Communists and terrorists feared Reagan, while they had mocked and laughed at Carter. Libyan dictator Kadafi decided terrorism didn’t pay after Reagan had his house bombed in retaliation for him sponsoring terrorists who hijacked a ship and murdered an America citizen. Also, the Berlin Wall came down, and the Soviet Union broke up, as a result of Reagan’s conservative policies. Reagan made you proud to be an American. 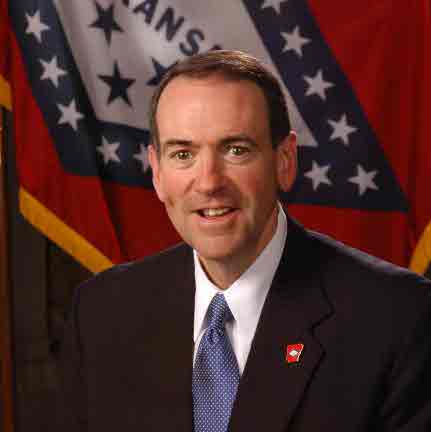 Mike Huckabee has the potential to surpass Reagan.

If you have not been following Mike Huckabee, you need to begin doing so now. He deserves your closest attention. He may even beat Ronald Reagan in his conservatism. He is more pure and genuine a conservative than any other candidate on the national scene.

Huckabee genuinely believes in God, and is not ashamed to say so. In my book, this is the most important qualification for president. When the atheists in the news media try to publicly belittle Huckabee for his faith, he graciously but firmly stands his ground. When asked in front of the whole nation to raise his hand if he did not believe in Darwin’s Theory of Evolution, he raised his hand without shame. Evolution is the lie that underlies atheism, and Huckabee is no atheist. Thank God, Huckabee knows he is not God, and knows that government cannot do what only God can do. But he also has great confidence that God can actually do what “The One” of the Democrat Party is only able to promise. “But thou shalt remember the LORD thy God: for it is he that giveth thee power to get wealth” (Deut. 8:18). Did you see that? Only trust in God can fix our economy. Government cannot put more money in your pocket except by following God’s economic plan—which does not happen to be socialism. Click here to see Huckabee proving his faith in God.

Huckabee is the strongest pro-life candidate of any party. “National Right to Life is grateful for the strong pro-life record established by Mike Huckabee as governor of Arkansas, and recognizes that Governor Huckabee has taken the strongest pro-life position on all of the life issues of any of the remaining candidates for president” (National Right to Life: Huckabee has “Strongest Pro-Life Position” Among Candidates). “Washington, DC (LifeNews.com) — A new poll shows pro-life former Arkansas governor Mike Huckabee faring the best against pro-abortion President Barack Obama in a preview of the 2012 presidential election. Mitt Romney is second best in terms of the percentage lead Obama has, while Newt Gingrich places third. …’Mike Huckabee has received a lot less attention in the context of 2012 than Sarah Palin and Mitt Romney,’ said Dean Debnam of PPP. ‘But he’s quietly, at this very early stage, emerging as the strongest GOP alternative to Barack Obama.’” How Romney could even be on this list is a mystery, considering his pro-abortion history. Need proof about Romney? Read this: The Romney Record.

Huckabee is more pro-Israel than any other candidate, Republican or Democrat. He has visited the Middle-East many times, and intimately knows the true causes of the problems there. He is so pro-Israel that in Israel he has been “nicknamed ‘Huckabee the Maccabee’ in name of the Jewish warriors who fought Greek invaders nearly 2,000 years ago” (‘Huckabee the Maccabee’ in Eastern Jerusalem to Challenge Obama). A good summary of Huckabee’s position concerning Israel can be found here: First-Person Account: Touring Israel with Mike Huckabee. Contrast Huckabee with Ron Paul who was the choice of the Klu Klux Klan and many Muslim groups because he would offer Israel no support at all.

Huckabee has repeatedly proven his love for Israel.

Huckabee is calm, strong, and tough—essential characteristics for a president. We live is dangerous times with enemies on every side. We need a man like Huckabee to put fear into our enemies like Reagan did, so that they will have grave doubts about the wisdom of attacking us. They feared Reagan because they knew he was not a liar—he meant what he said. The same will be true with Huckabee. On the other hand, we don’t need an unstable, hot-tempered nutcase. Huckabee doesn’t get angry, but he isn’t afraid to do what needs to be done either. An interesting illustration of Huckabees’ cool, calm decisiveness can be read here: Between the Lines: Huckabee shares a political horror story with central New York crowd

Huckabee has superior wisdom on money matters. Remember that he was the only leading candidate during the primaries to see and say that the nation’s economy was heading for destruction and needed to be repaired before it was too late. All the other leading candidates laughed him to scorn. But he was right, and they were wrong. Also, Huckabee got more done with each dollar contributed than any other candidate. My friends who live in Arkansas tell me that he was very good for the economy there while he was governor. Considering he got all this right when the others didn’t, it just makes sense to begin supporting this man—and not them—to lead us out our present disastrous financial problems. How can anyone honestly say that Romney would be better than Huckabee for the economy. The answer: they can’t say that honestly. As a businessman, Romney put a lot of money into his own pocket, but he doesn’t seem to have done much for his employees. And as a governor he doesn’t seem to have been so great for the economy of Massachusetts either.

Huckabee strongly promotes the Fair Tax, which means he is fighting for freedom of speech and for heterosexual marriage. Consider that with the Fair Tax the IRS would cease to exist. This means that pastors would no longer have to fear their church losing tax exempt status if they speak out on vital issues of the day. Also, the major reason homosexuals give for wanting to be allowed to marry is the tax advantage. With the Fair Tax this motive would be eliminated. The Fair Tax would also make it virtually impossible for criminals to keep from shouldering their fair share of the tax burden. Many economists believe that the Fair Tax would cause our economy to boom, and I think they are right. You can learn more about the fair tax here:

Frankly, the Fair Tax is the only way I see for our economy to recover from the horrible mess it is presently in. Sadly, it was George Bush compromising his conservative principles with the Democrat Party that got us into this mess. We don’t need any more RINOs or even part RINOs in the Republican party. Let them follow Alen Spector to the Democrat Party where they belong. If Republicans wanted to vote Democrat they would join the Democrat Party. McCain lost because he is a Republican In Name Only (RINO), and does not vote according to Christian values. Click here to see Obama’s unfair tax plan compared with the Fair Tax plan Huckabee promotes. Ron Paul does not support the Fair Tax. Find out who supports the Fair Tax and who doesn’t by viewing the Congressional Fair Taxation Scorecard.

Huckabee is the strongest conservative candidate on virtually all other issues also, including: stopping illegal immigration, standing for the original Constitutional intentions of our founding fathers, the right to keep and bear arms, etc.

Some supposedly conservative radio and tv commentators are conservative only fiscally. On social issues they talk like conservatives, but at election time they support politicians like Mitt Romney, who has a long history of supporting homosexuality and abortion. I like to hear what they say, but their hypocrisy at election time turns my stomach. Real conservatives don’t lie like they did about Mike Huckabee during the last primary. They really showed their true colors once Romney dropped out of the race, and they chose to support liberal Democrats rather than the only true conservative still in the race: Huckabee. We must never let them get away with such treason again. Were it not for their dishonesty and deception Huckabee would be our president right now instead of Obama. They are personally responsible for the present mess we are in. Now that Huckabee is on radio and tv it will be far harder for them to succeed in their deception.

There will be no better presidential candidate for the 2012 election. If another candidate of Huckabee’s high character came along, for conscience sake he would not run against Huckabee in 2012, and risk dividing the conservative vote. Huckabee is doing everything right to be able to beat Obama in 2012. With HuckPac he is helping true conservatives get elected all over the country. With his radio and tv shows, he is getting the truth out concerning his true positions on the issues—and most people agree with him. His volunteers are organizing action groups in every county of every state.

People are starting to see through Obama.

The future of our children and grandchildren is at stake. If you are not working to defeat the alliance of communists, socialists, humanists, and Islamists presently in power, you should begin now by helping Huckabee get conservatives elected all over the USA. Go here now:

10 Ways To Get Started Today.